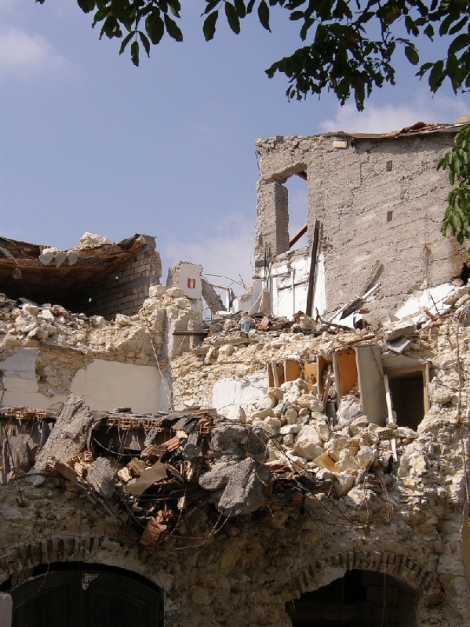 On Monday morning, an Italian court shocked the scientific community by convicting six scientists and an official to six years in prison on charges of manslaughter.  According to the prosecution, the team had failed to adequately warn of the dangers of a large earthquake, just days before a 6.3 magnitude quake hit the L’Aquila region, resulting in the death of 309 people.

Now, there’s a lot of information out there, and instead of restating much of what’s been said, I’m using this post to consolidate some of the articles I’ve come across.  First, those about the trial.  Then several from after the verdict was announced. Finally, some posts that give some thoughts on this outcome and what it means for scientists and the public in Italy (and potentially the world).

Leading up to the earthquake, a “Swarm” of minor quakes were occurring in the L’Aquila region.  The team of scientists, including an official from Italy’s Civil Protection Agency, were called together to discuss whether or not these were “foreshocks” to an impending large earthquake (Note that even if true, there is no scientific evidence to support this claim).  Based on the fact that they are in a seismically active region with a history of large earthquakes, and that smaller earthquakes like these occur relatively often, t was determined that there was no evidence to suggest immediate threat of a  large earthquake.  Of course, we know what happens next:

The New York Times: Trial Over Earthquake in Italy Puts Focus on Probability and Panic

On Monday, October 22, 2012, a ruling of multiple counts of manslaughter with a sentence of six years imprisonment was passed on the seven defendants.  According to the prosecution, this was not because the team did not predict the earthquake, but because they did not adequately warn that it could happen.  Because of this, they are being held responsible for the deaths of over 300 people.  Here is coverage of the trial verdict:

The New York Times: Trial Over Earthquake in Italy Puts Focus on Probability and Panic

Following news of the trial verdict, many scientists (especially geologists) have publicly expressed their frustration with these results and explain how hazard assessment science may have been (or become) permanently damaged, and what this means for you:

Based on everything I’ve read here and elsewhere, it seems clear to me that the trail was not so much about letting the public know a devastating earthquake was coming – everyone knows that’s impossible – but rather, that the team of experts did not warn of the possibility of a large earthquake.  Because of this, people assumed there was little to no threat of one occurring, which lead to several hundred deaths and even more injuries when the 2009 earthquake hit less than a week after the supposed “all clear” had been announced.  It comes down to communication and probabilities, and I agree with many that the conviction here is not only undeserving, but potentially damaging to future public awareness in Italy.

I feel that others have hit the nail on the head with this one, saying (in some sense) that people have a responsibility to understand the risks of living in a seismically active region.  The government does have a responsibility to communicate these risks, but without knowing when something will happen (earthquake,volcanic eruption, madman on a shooting spree or other tragic events), there’s no sense of urgency and people won’t respond with great concern.  Alternatively, if these scientists had decided to play it safe by warning  that a large earthquake could occur within the next week and one didn’t occur, we might be seeing them on trial for inciting a panic.

The problem now is that there’s no clear action that could have been taken to avoid the same result. Where is the line drawn that separates responsibility of the scientist from that of the public; that places blame on an individual or an “Act of God.”  Could the team have been more clear about the risks of earthquakes? Sure. But, in my opinion, the results would not have been significantly different.  Think about it: If a team of scientists came to your hometown and said a major earthquake could occur there, but they have no way of telling how large or when it might happen, would you leave town right away? If you said “Yes,” I’d bet money that you’re lying.

Probably the best summaries I’ve seen on this are from Chris Rowan and Erik Klemetti (above). Both explain the situation rather well, and how the results could actually be more damaging to the people seeking retribution.